Up and on trail by 6. I spent 15 minutes looking around the spring for the snow basket I somehow lost yesterday, but no luck. There were lots of people camping there. I was quiet as a mouse but someone did stir and I quietly asked if anyone had found a snow basket? He said no, but agreed to spread the word that I was missing one when people got up.

Not quite another forced march today, but close. I felt ok the first hour, then the pains started creeping in.

About half way through the day I walked into some pretty, unburned country that reminded me a bit of Castro Valley where I grew up. 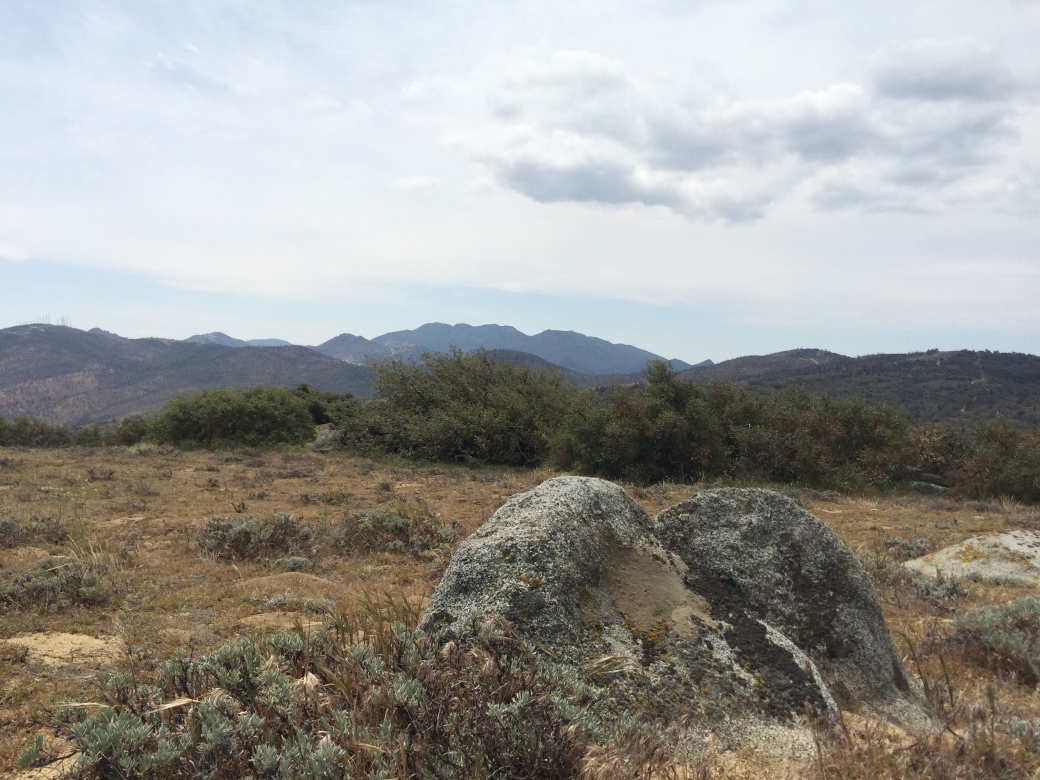 Still pretty hurt, pretty “head down plodding” until I got to the spring at 1720. I have a short water carry at first tomorrow, but I wanted to have plenty of water to rehydrate overnight. I spent about 20 minutes hiking around looking for a stealth spot to camp but ended up camping on a road with a flat spot and a leaning rock. I hope it’s not too windy here.

I’ve got company on the road, but it was CatWater, so that’s all good. I told her about a nice grassy spot just down the road that I had only rejected because this spot has a nice leaning rock. She was a nice quiet neighbor.