Hiked my ass off today. 0545 to 1930. Very minimal breaks. Almost all of it was very steep with big stone steps.

I felt slow, kept tripping over my clown shoes and stopping for this or that, but things were going well until I made a wrong turn and hiked an hour in the wrong direction (probably two miles away from the PCT). Mosquitoes were swarming heavily when I figured it out and went to look at the map, or I might have realized I could keep going that way and connect with the PCT, but I retraced my steps back to the trail, thus costing me two hours (4 miles?) and shutting down my idea of a 20 mile day. I think I hiked over 22 miles, but it doesn’t count if it’s not on the PCT. 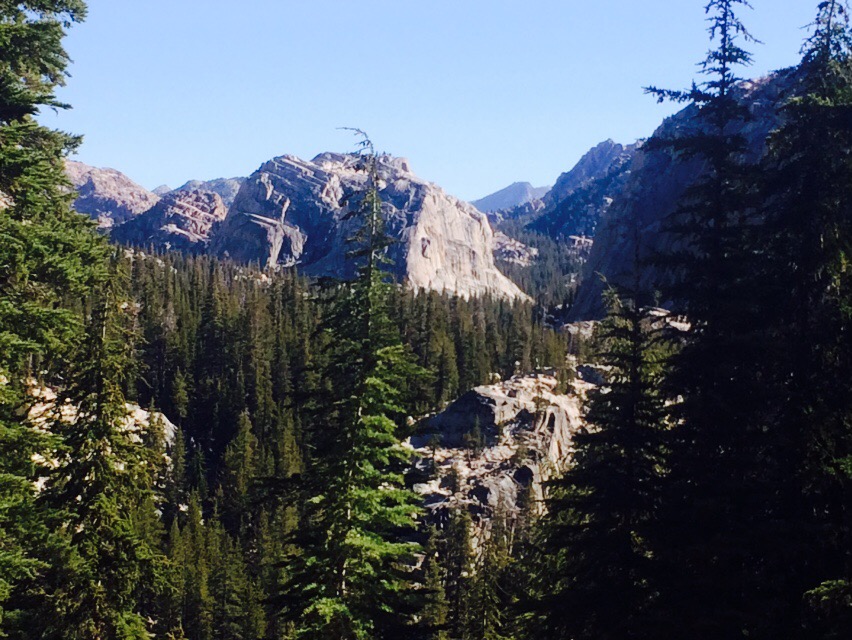 I’ve got to get to Sonora Pass and get rid of this weight (bear canister and all cold/snow gear). Scenario One is I can contact my uncle tomorrow to tell him Tuesday not Wednesday. All other scenarios come out best the sooner I can get there. I plan to push just as hard tomorrow unless I get service.

Only saw three hikers all day (all PCT).