It was pretty windy all night, but I wasn’t cold even though I was “cowboying” with no shelter. I smelled smoke in the middle of the night. That smell used to make me think of campfires, but after 20 years with the Forest Service it reminds me more of wildfires now. I didn’t see any flames, and I was surrounded by a heck of a lot of granite, so I wasnt too worried. It probably was a campfire, although why people were up having a fire at four AM, I don’t know. 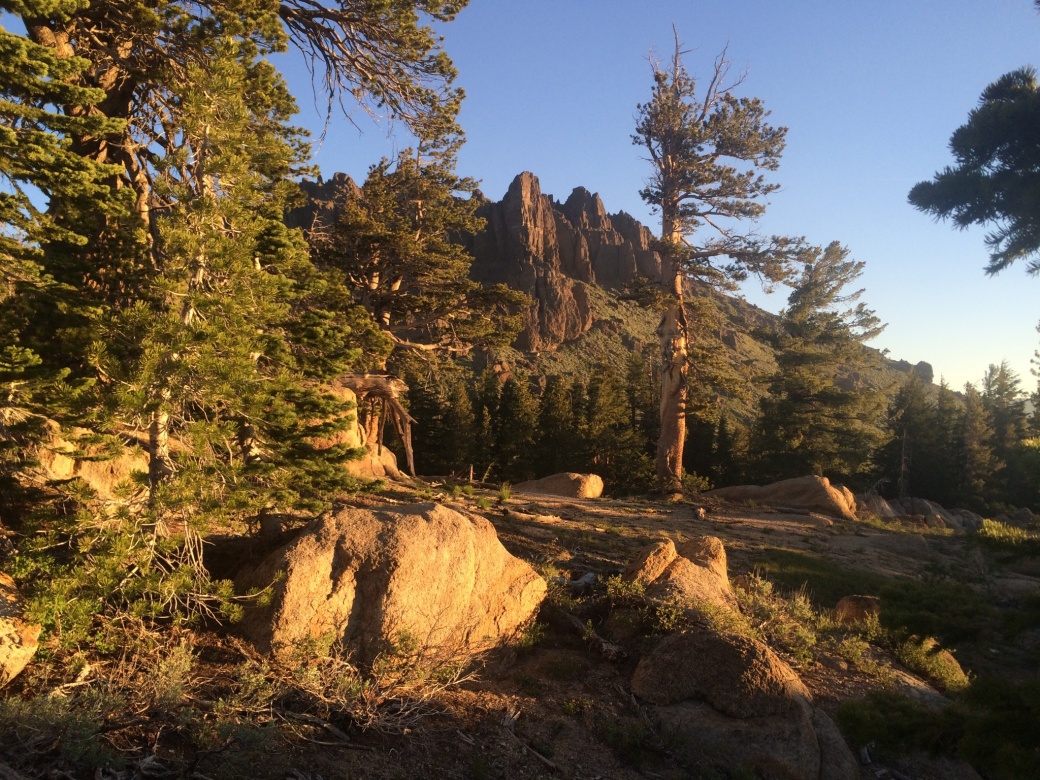 In fact, I had tons of sky, especially to the east, and I can tell you First Light up there is around 0415, and full sun was upon me at 0515. I hit the trail around 0600 hoping to hike as many of the 40 miles to Echo Summit as I could in hopes of arriving mid-afternoon tomorrow. 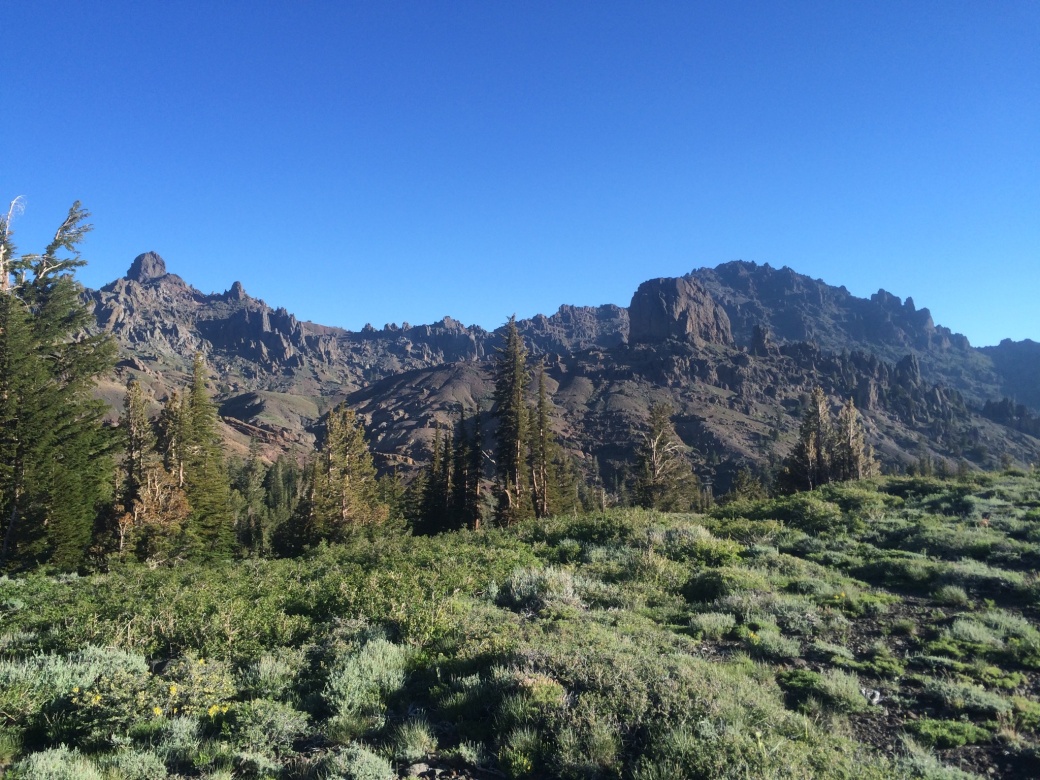 The bottoms of my feet had not miraculously healed overnight, but they were slightly better. I tried some different socks. What really hurt was my ankle. After only 20 minutes I stopped and put some moleskin on. That didn’t seem to help, so after another hour I decided to cut away the part of my shoe that was rubbing my ankle. Again, still very confused why shoes with 250 miles on them would all of a sudden start hurting. Things were still bad when I stopped for lunch at ten, so I cut away the entire left side of my shoe all around the ankle. That should do it!

Except it didn’t. As I continued to walk, my ankle got worse and not better. By noon I was down to one mile an hour and limping severely. This really concerned me with 30 miles to go to Echo Summit. I might not even be able to make it in time, and if I did, I might be too gimpy to hike with my Dad, which is what I’ve been pushing so hard for since Tehachapi (about 500 tough miles). Another option was to get picked up at Carson Pass instead of Echo, only 13 more miles, but pretty soon even that was seeming like a stretch.

It was about this time I saw some day-hikers. What? There’s a way out of here? I talked to some weekenders and got the skinny on how to get out to town, and met a really nice Game Warden on his horse who offered to take me out when he got done with his day’s work, but while I waited I thought I would try to get to the pavement and hitch.

When the PCT crossed a road, I started walking down it. Then it ended at a campsite. Damn! Looking at the map it seemed like a short bushwhack to this other road. But it was kind of rough country. Climbing over car/house size boulders and skirting ponds. All I could think about was how if I got hurt there, it would be a long time before anyone found me. Like, a very long time.

But I made it to the road, and when I got to an intersection I turned and walked toward the pavement. There was a stream crossing that I was too tired to deal with, so I just walked right through it, getting wet feet again. Except, after about a mile I realized I was actually on a motorized trail (which is a tiny almost invisible line on my map, but looks like a full-on road in the real world) and I was hiking in the wrong direction. Double damn! Just what I need.

So, I walked 45 minutes back, through the stream again, to where I made the wrong turn, and finally went the right direction on the correct road. After about half an hour of walking I got a ride in the back of a pick-up out to the paved road. From there it was a tough hitch. Ten or fifteen minutes at a time would go by with no cars and the ones that passed didn’t stop for me. It was close to an hour before a nice couple picked me up.

I really wanted to get to South Lake Tahoe, but I would have settled for Carson City or pretty much anywhere. Fortunately, they were going to SLT, and I had them drop me at the first place that looked like it was close to stores and restaurants and stuff. I got to town around four.

I’m staying at The Matterhorn Inn, which I have nothing good to say about except the staff is friendly and my room has a jacuzzi tub. It was incredibly hard just walking less than a block to the liquor store for some beer and back. I would have liked to walk 2-3 blocks down to this Mexican restaurant for dinner, but I had a pizza delivered instead.

So, now I have two zeros to dry out the bottoms of my feet and let my ankle heal, and then? Don’t know. Go back with my Dad and hike from where I got off trail? Stick with the original plan (Echo to Donner) and skip 25 miles? Or I don’t know what. I guess I’ll just do my town chores and hope for some clarity.

5 thoughts on “Injured and Off Trail”